In today’s Mass Media and Popular Culture class, we continued an ongoing discussion about the staggering pace of change in news delivery–this time next month, not to mention next year, where will we be getting our information about politics, current events, finance, the economy?

What can students do to ensure that they are turning to reliable, balanced sources of reportage–especially in a landscape dominated more and more by partisan bloviation based not on independent journalism but upon rumor based on rehash?

First, we watched a clip from this past week’s episode of the CBS News Magazine”Sunday Morning” http://www.cbsnews.com/video/watch/?id=4901034n%3fsource=search_video

and, next, looked at some recent data from the AP; a list of newspapers that have had to cut publication days to save money:
http://finance.yahoo.com/news/List-Newspapers-that-have-cut-apf-14777079.html

Sharing the news of the demise of the news–a poorly constructed phrase no more tangled than the current state of the referenced affairs–I sensed a growing frustration among my students. “What exactly” asked Andrew, an excellent student with strong political views very different from my own, “are you suggesting we DO about this situation?”

Such a good question. One I was not well-enough prepared to answer, although I offered platitudinous advice along the lines of “dig for it”, “don’t be lazy”, “make the news”, “be the reporter” and other advice of little to no value for the busy GenY news consumer.

Andrew, I didn’t give your question a good answer. I promise, it’s not because I lean to the left and you to the right. In our concern about the future of our democracy in the face of the looming specter of an ill-informed populous, we share crucial common ground. Even now, the best I can do, with a little more time, is to thank you for asking THE relevant question of our class, and to point you to some venues in which some wise and informed journalists and scholars are “mulling it over”.

In a recent blog post “Newspapers and Thinking the Unthinkable” (a post that has generated763 responses since it was posted on March 13), New York University professor Clay Shirky writes:

That’s it–I don’t KNOW what is going to fill the void left by the looming extinction of the newspaper. If I said I could answer that question, I’d be lying. 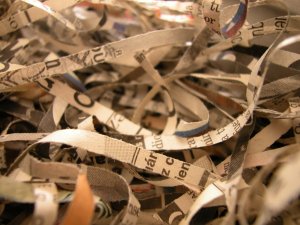 Shirky closes, I think, on a hopeful note:

“No one experiment is going to replace what we are now losing with the demise of news on paper, but over time, the collection of new experiments that do work might give us the journalism we need.”

My faith in my students–ones like Andrew–my children, and in this vibrant and adaptable Generation Y, has me looking forward to their answer. 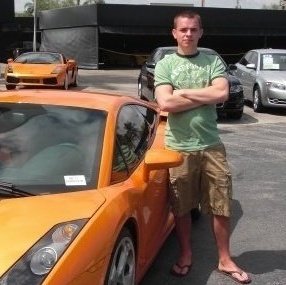